Occasionally, Salanga has the opportunity to interview project managers and development practitioners who are using Kinaki. It’s a chance to get a more in-depth look at our partners’ fascinating work and learn about their experiences with monitoring and evaluation.

Food scarcity, environmental degradation and a lack of education are very common, and very real, issues for Tilyubyek “Bek” Yeltai, an Agricultural Technical Advisor working in Western Mongolia. As a development practitioner with an engineering background, Bek has now worked with thousands of farmers as a field officer, project manager, sector coordinator and Salanga’s Food Security Technical Advisor. In each role, Bek and his teams attempted to address proper nutrition and food scarcity in a country that is still going through transition in traditions and politics as well as dramatic changes in climate. In Mongolia, the Big Cold or ‘Dzud’ leads to the deaths of hundreds of thousands of animals – animals that are a source of food, income and pride. Working with traditional farmers, who have witnessed many deaths of their much beloved animals and crops, is not simple. It requires long commitment to build trust and an in-depth understanding of people’s connection to their land and their animals. 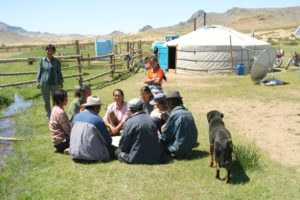 In working with traditional farmers, Bek and his team were initially met with some anger, distrust further challenged by nomadic life-style. However, patience and practical, hands-on workshops helped to reach local farmers and build upon traditional knowledge and farming techniques in a way that combined the old with the new. Training-of-trainers ensured respect and open communication that was necessary not only to ensure project success, but also the survival of local farmers and their knowledge.

“Overall I love what we do, but what I enjoy most is when our target people are upgrading and learning new things in different stages and become motivated by doing and by small, but important successes. It gives me hope and strength. Of course there are so many challenges – technology, weather, culture and politics, but also extremely ambitious and sometimes also rigid expectations and requirements from donors”.

Since 2008 Bek has been involved in the implementation of over 20 food security projects – involving work with 6,000 households in six different provinces of Mongolia. As a sector coordinator, he was responsible for agriculture activities and monitoring and evaluation of the projects – projects where M&E was challenging, at times, hectic task for the team.

“One of the projects was working with 1,100 households, and participants were planting over 25 different seeds in their plot and harvesting hundreds of tons of vegetables in a quarter. Seed breeding, storing, product selling and processing activities held within households all had to be monitored. Project teams made up of just 6 members had to monitor 340 households with 36 indicators for each – it was an enormous task. We were looking to measure increased food production and gender equality, numbers of women-headed households, children and elders, as well as perceptions, plot size, harvesting sheet, plant germination and maintenance, income and labor sharing, nutrition, meals… so many indicators that all required truly accurate calculations in order to allow for coherent results to analyze and report. This was the trickiest task for us in terms of time, condition and skills.”

With all these numbers and variants that the team was hoping to gather, coming up with an M&E system and the right set of indicators also became a daunting task.

“Thanks to the Kinaki team, and the Kinaki tool, we were able to solve these issues. Using Kinaki was simple and quick and saved our time – we spent more time on indicators rather than typing and calculating in Excel…and we were provided result tables by Kinaki with a wide range of answers that we could use for future activities rather than just reporting.”

By working with the Kinaki team, Bek and his staff were able to focus on the right questions and collect information from hundreds of households in just three days. With the inclusion of some guidelines and Skype training sessions, they were also able to quickly translate questions to local languages and conduct assessments with field officers. Not only that, but using smart phones meant less time and resources wasted on filling out paper work and more time spent working directly with project participants. 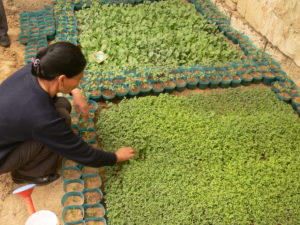 As many development professionals know, working in agriculture comes with its own special list of challenges – especially in terms of changing weather, harsh environments and the sometimes traditional techniques of local farmers. For Bek, reporting results back to the donors from Mongolia added a layer of difficulty. “Due to lack of skills and tools, our local project team could not express and maximize their outstanding work results to their donors – even when the project beneficiaries experienced great success!” In addition, as a partially self-taught English speaker, reporting in another language created pressure to make sure the end result was well understood and accepted.

“My challenge was monitor the project implementation on time and evaluate it, and this required team work and a lot of paper work. I had to use the right calculations and analyze the right indicators which took longer than expected. When you know that an experienced donor is going to read your report, you have no room to make mistakes. This was my challenge – not only reporting back to the donor, but reporting in a foreign language! Luckily, nowadays technology [Kinaki] is solving problems and helping people like me.”

Such stories remind us the importance proper data collection tools and analysis, which Bek calls a ‘bridge between the project and the donor.’ When faced with multiple issues when working in challenging areas, the task of setting, measuring and analyzing indicators should not induce or stress. By creating a system or using a reliable tool, the process of monitoring and evaluation can simply remain a process, leaving professionals to take on other challenges – like getting to know their beneficiaries… or teaching themselves a brand new language. 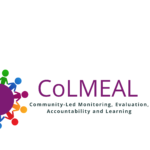 Is your organization ready for CoLMEAL? 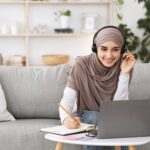 CoLMEAL: Getting your organization and colleagues on board

You can find out more about which cookies we are using or switch them off in settings.

This website uses cookies so that we can provide you with the best user experience possible. Cookie information is stored in your browser and performs functions such as recognising you when you return to our website and helping our team to understand which sections of the website you find most interesting and useful.

Strictly Necessary Cookie should be enabled at all times so that we can save your preferences for cookie settings.

If you disable this cookie, we will not be able to save your preferences. This means that every time you visit this website you will need to enable or disable cookies again.

We use GoSquared Analytics to improve your experience our website.

Please enable Strictly Necessary Cookies first so that we can save your preferences!